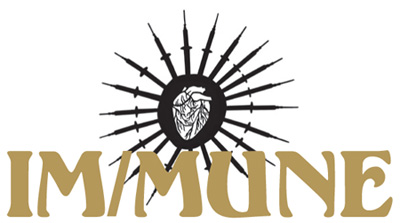 IM/MUNE, first session of the curatorial project Body hacking 011_013, is a project curated by Beatriz Preciado and Emmetrop, in collaboration with le peuple qui manque and the ENSA of Bourges. 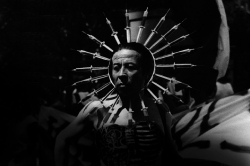 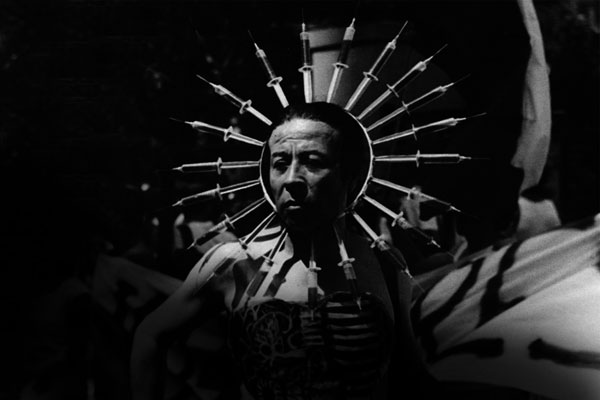 IMMUNE takes as its subject the art practices and the new field of activism emerging out the mobilization against biopolitical management of AIDS and HIV- positive bodies and subjectivities from the 1980s to contemporary movements.

The notion of “biopolitics” used by Foucault in 1975 to think of the processes of management of life and the “government of free bodies” in disciplinary regimes takes a new meaning with the emergency of AIDS. If, as Foucault argues, every power regime constructs a specific sick body, a technique of management of life and death within the space of the city, and a utopia of national and political immunity, what is, after the plague and syphilis, the form of power that characterizes the society of AIDS ?
How can art fight biotechnological, media and political constructions of immunity? Shall we articulate political representation around the difference between HIV-positive and HIV-negative bodies or shall we rather redefine notions of health and immunity? How to think otherwise the common body? What are the racial, gender and sexual norms imposed by the political and aesthetic model of the immune body? What are the immunity lessons that the feminist, gay, queer, trans and crip movements can take from AIDS artivism? How to redefine body and life beyond the biopolitical normative ideals of national, racial, sexual and gender immunity ?
In a period of mutation of techniques of management of life, IM/MUNE seeks to develop a new grammar to understand the contemporary production of health bodies and sexualities as well as to develop new cultural and micropolitical strategies of mobilization not only against the epidemic but also against its political ideal of immunity.

The 80′s are often perceived as the end of a revolutionary period that had shook the West since May 68: the decline of the movements of social emancipation and the crumbling of Marxist utopia made way for a neoliberal democratic consensus, within which economic growth would substitute itself for ideological opposition. But the 80s were also the years of the invention of AIDS: an unprecedented period of intensification of the biopolitical management of the body and sexuality, but also a time of invention of new strategies of fight and resistance against normalization.
AIDS is the first epidemics of global neoliberalism: the first to be constructed simultaneously by media and pharmaceutical companies.
Beginning in 1981, the images of the first patients of Karposi’s Sarcoma appeared on TV represented as suffering from GRID syndrome (Gay Related Immune Deficiency Syndrome). Medical and media narratives drew a normative cartography where national, sexual, and political boundaries had be protected against new biopolitical figures threatening the immunity of society : the primate, Africa, the Haitian body, the homosexual, the prostitute, the junkie … Between 1983 and 1984, the team of the Institute Pasteur and doctor Robert Gallo announced they had isolated and identified the acquired Human Immunodeficiency Virus (HIV). The discourses on viral contamination and prevention overlapped with normative discourses on sexual and racial identity. Blood, sperm, saliva, skin, and the anus became new biopolitical signifiers within the programs of public health management and in the representations of popular culture.
On the other hand, Gay Men Health Crisis, ACT UP, AIDES, and The Sisters of the Perpetual Indulgence started to question the governmental management, as well as the medical practices, and media discourses around the AIDS pandemic. Artists such as Larry Kramer, Gran Fury, Fierce Pussy, Keith Harring, David Wojnarowicz, Ron Athey, General Idea, Felix Gonzalez-Torres…developed new techniques of intervention within the social and political representations of AIDS, as well as performative strategies for production of visibility within the public sphere. Slogans “NO MORE IMAGE WITHOUT CONTEXT ” and ” SILENCE = DEATH ” tried to fight against what was already operating as a” epidemic of meaning “. The fight for life became the fight for cultural representation and access to knowledge (A2K). “Cultural activism “, according to the expression of Douglas Crimp, was born.
Together with performative techniques of intervention within the public space, a new form of “pharmacological activism” developed: by criticizing clinical trials, the activists pointed to the ethical necessity of free access to AZT. Pharmaco-activism invented new ways of producing scientific knowledge, of representing and constructing the HIV-positive body as alive. Artists and activists broke with charitable models of medical care and personal fulfillment that until then dominated patients’ movements. Instead, their borrowed political models of action from the anti- Vietnam War, the feminist and sexual liberation movements. Beyond providing
assistance and help, they denounced the political, scientific, social and economic construction of the disease.
AIDS Artists and activists provoked an epistemological turn which shall mark the micropolitical history of the twentieth century: refusing the patients’ position, they defined themselves as experts and users of the health system, they took part in the production of scientific knowledge and question clinical trials. They used artistic and literary practices to open a space where criticism of the social and sexual norms, prevention and survival practices, mourning and pleasure could be articulated.
Artivism proposed a counter-definition of the immune body, but also of health and survival.
In the 90s, the pharmacological production and marketing of antiretrovirals modified not only the chances of survival, but also the biopolitical construction of the HIV-positive body along lines of class, gender, race, sexuality and geopolitical location. But the epidemic did not construct the same body in Europe, in China or in Africa.
Artist and activist worked together to invent new micropolitical strategies of contestation and resistance which for the first time answered to the conditions of production of healthy and sick bodies in then context of global neoliberal capitalism: defense of an activist knowledge over scientific experts’ knowledge, production of alternative representations of HIV-positive bodies and subjectivities, use advertising techniques and marketing to intervene in the public sphere, sabotage of pharmaceutical protocols, infiltration of mass media and development of meta-media, displacement from identity politics to body politics, questioning of the intellectual property system and pharmacological copyright regimes, democratic control of the production and commercialization of drugs at low prices…
This was just the beginning of an international antiretroviral revolution.
In France, the tension between the imposition of condom use and the practice of bare-backing, between prophylaxis and sero-pride, between penalization of contamination and the radical defense of “sexual freedom,” between responsibility and resistance crystallized in the antagonism between Act Up and the writer
Guillaume Dustan. Meanwhile, a change of pharmacological model was taking place that would come to transform the terms of the debate.
The possibility o
f preventive treatment with antiretrovirals limiting horizontal HIV transmission is the center of the medical, pharmaceutical and economic debates today. In the 2000′s, the new antiretroviral treatments operate at least on two levels : on one hand, they protect the immunity of the HIV-positive body; on the other hand, they are pharmacological tools of prevention allowing the HIV-positive body not to further pass on the virus.
We are moving from a model of orthopedic prophylaxis (condom use)  towards a model of global pharmacological prevention. At the same time, the traditional management of “contaminating bodies” and “risk practices” is being displaced by a new (utopian/dystopian) management of global immunity. But what was is immunity and how should it be protected?