Mariana Castillo Deball, There is a space later in time where you are just a memory (2010, 7 min)
Castillo Deball’s work explores material culture and the two basic forms of narrative discourse: history and story telling. Contrasting the circular temporality of the myth with the lineal temporality of the historical discourse, the artist deconstructs official narratives in favour of a personal and fragmentary perspective, where the fracture between the subject who remembers and what is remembered is widened. This video presents two narratives, the Aztec myth of the goddess Coatlicue and her daughter the moon goddess Coyolxauhqui dismembered by the sun as a punishment, and a popular traditional story about a hunter who devours himself. Both stories remit to an action where the moment of narrating implies a refiguration in time. In contrast with these narratives, images are presented of archaeological excavations in Mexico City in the 1970s; these digs took place as a result of the chance finding of a circular stone disk representing the image of the moon goddess. Contaminated by stories of dismembering and autophagy, the nationalist discourse of history devours itself, leaving behind disperse signs of absence and shreds of meaning.
Mariana Castillo Deball (Mexico City, Mexico, 1975) studied visual arts at the Escuela Nacional de Artes Plásticas and Philosophy at Universidad Iberoamericana, both in Mexico City. Completed postgraduate studies at Jan Van Eyck Academie, Maastricht, Holland. Solo exhibitions include: Amikejo: Uqbar Foundation, MUSAC-Museo de Arte Contemporáneo de Castilla y León, León (2011); Museo Experimental El Eco, Mexico City (2011); Between you and the Image of you that reaches me, Museum of Latin American Art, CA (2010); Kaleidoscopic Eye, Kunsthalle St. Gallen, Switzerland (2009); Nobody Was Tomorrow, Barbara Wein Gallery, Berlin (2008); Estas Ruinas que ves, Museo de Arte Carrillo Gil, Mexico City (2006). She has received the distinctions: Cisneros Fontanals Art Foundation Grant (2006) and Prix de Rome, first place, Amsterdam (2004). Together with Irene Kopelman she is a founding member of the Uqbar Foundation. Her work is included in the Jumex and Castello di Rivoli collections. 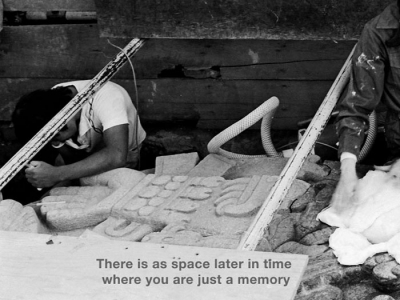 Mariana Castillo Deball, There is a space later in time where you are just a memory, 2010, Video still, courtesy Barbara Wien Wilma Lukatsch

Olivier Debroise, Un Banquete en Tetlapayac (1997-1998, 90 min)
Un Banquete en Tetlapayac is Debroise’s contemporary reenactment of the events surrounding the filming of director Sergei Eisenstein’s Que Viva Mexico (1931). Eisenstein’s production was halted for some time when the lead actor went to jail for accidentally shooting his sister. During the hiatus, the crew spent time at the Hacienda Tetlapayac, watching movies, eating, drinking, debating, and dancing. Sixty-seven years later, Debroise invited a group of artists, filmmakers, and intellectuals to reconstruct what happened at the hacienda. Un Banquete is both an homage to Eisenstein’s directorial legacy and an investigation of representation, nature, and history itself. The renowned author, art critic and curator Olivier Debroise died from a sudden heart attack in the evening of Mai 7th 2008 in Mexico City. Debroise, born in 1952 in Jerusalem and French citizen, lived in Mexico since 1970. He became one of the most influential personalities of the Mexican art scene, due to his numerous articles and publications on modern and contemporary art in Mexico, his commitment as curator and co-curator of diverse exhibitions, as well as co-organizer and participant of several symposia. His last large exhibition project, curated together with his friend and colleague Cuauhtémoc Medina, was “La era de la discrepancia. Arte y cultura visual en México, 1968-1994” (The Age of Discrepancies. Art and Visual Culture in Mexico, 1968-1994), shown in 2007 at the Museo Universitario de Ciencias y Artes (MUCA) in Mexico City. Other important exhibitions under his direction, respectively his decisive conceptual participation were: “Modernidad y modernización en el arte mexicano”, Museo Nacional de Arte, Mexico City, 1991; “The Bleeding Heart / El Corazón Sangrante”, ICA, Boston, 1991; “David Alfaro Siqueiros: Retrato de una década”, Museo Nacional de Arte, Mexico City; Museum of Fine Arts, Houston; Santa Barbara Museum of Art, California; Whitechapel Gallery, London, 1997.
Olivier Debroise was co-initiator, and from 1993 until 1997, director of CURARE, the art critics’ and art historian’s association founded in 1991 in Mexico City, dedicated to interdisciplinary research and analysis of Mexico’s visual culture, which publishes the magazine of the same name. Since 2004, Olivier Debroise was in charge of the collections of contemporary art of the UNAM (Universidad Nacional Autónoma de México), building up the collection, which will be shown in the Museo Universitario de Arte Contemporáneo, once the new edifice is finished. 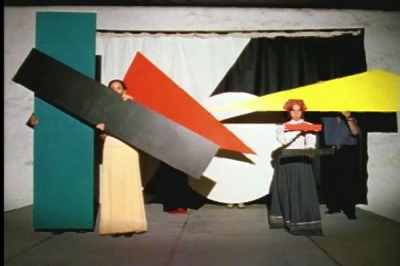 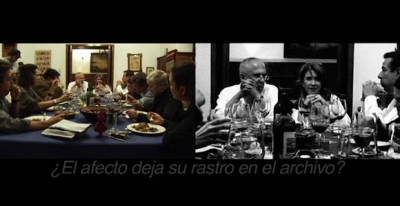 Text:
Olivier Debroise 1952 – 2008 : Shock Waves
Text by Cuauhtémoc Medina
Some lives can’t fit in a single lifetime; they challenge our expectations about how many stories could possibly be provoked, contained, told and thought by a single individual. Olivier Debroise was one of the most ferocious art critics and curators in Mexico, a homosexual novelist who explored the intersections of history, violence and desire, and a cultural agent who was equally devastating in destroying myths and sustaining institutional transformations; and this is only the beginning. His death has created a massive commotion, because Debroise did not merely treat culture as his profession. He was a potent force within a multitude of critical circles that extend across disciplines, iconographic camps, academic circuits, and creative trajectories, and his loss has permanent ramifications for all those that he touched. Tempestuous, brilliant, and tireless, Olivier Debroise was a representative of an era in which fixed concepts of identity—personal, professional, and political—lost meaning, giving way to a contemporaneity in which the past is always active, and radicalism functions without need of dogmas. In a world of organic intellectuals and fossilized academics, Olivier saw the opportunity to treat culture like an adventure series within the cycle of upsets that was the twentieth century. What follows is an incredible, though incomplete, list of the roles he played, shots he fired, and crossfire in which he was caught: – A heterodox historian who beginning in the late 1970s bombarded the official narrative of Mexican modernism, exploring the cubist structure underlying Diego Rivera’s work (Diego de Montparnasse, 1979), chronicling the marginal artistic circuits of the 1920s and ’30s (Figuras en el trópico, 1982), dissecting the cadaver of the “mass individual” in Siqueiros’s painting (Portrait of a Decade, 1997), and articulating a polemical geneaology of contemporary art (Age of Discrepancies, 2007). – An anti-psychiatric activist who worked with Félix Guattari and Suely Rolnik. – The inventor of the notion of the curator as a leftist cultural politician, a critical virus of globalization, and an agent of continuous intellectual effervescence. The founder and ideologue of Curare (1991-1997), the Camara Nacional de Industrias Artísticas (National Chamber of Art Industries, CANAIA) (2001-2004), Teratoma (2000-2008), and more recently, the curator responsible for reactivating the neglected task of forming public collections of contemporary art in Mexico through his work at the MUAC (University Contemporary Art Museum) of the UNAM (National Autonomous University). – The experimental filmmaker who, having worked on Jodorowsky’s La Montaña Sagrada, absorbed the actoral improvisation of Claude Lelouch and the intellectual poetics of Godard and Pasolini, and succeeded in producing one of the most audacious feature-length experimental films ever:Un Banquete en Tetlapayac (A Banquet in Tetlapayac, 1997-1998), a re-interpretation and tableau vivant that addresses the paradoxes of Mexicanism, communism and homosexuality within Sergei Eisenstein’s ¡Qué viva México! (1931-2). – The travelling companion of three or four generations of artists: from Enrique Guzmán and Javier de la Garza to Rubén Ortiz or Miguel Calderón; from Carla Rippey, Adolfo Patiño and Mario Rangel to Francis Alÿs, Silvia Gruner and Melanie Smith; from Lola Alvarez Bravo to Claudia Fernández and Miguel Ventura, etc., etc. – The axis of a series of unthinkable theoretical, geographic, and literary maps and axes: from Carlos Monsiváis and Luis Zapata to Susan-Buck Morss and Ivo Mesquita; from Sweden to Patagonia and Los Angeles; from Sovietology to Nomadism; from Tijuana/San Diego to the sixteenth-century Chichimec border wars. – Intellectual accomplist; institutional conspirator; bureaucratic saboteur; infatigable smoker and seducer. Olivier frequently insisted that though he was born in Jerusalem in 1952, it was when that city was a part of Palestine. At 17, he deserted his parents’ diplomatic circuit to settle in Mexico, which was, for him, the site of commitment and liberty. In his last moments, Olivier Debroise was accumulating new and unfinished projects. His death was sudden and unpredictable—as impulsive as Olivier himself. Translated by Jennifer Josten.

This evening is supported by the Institut Culturel du Mexique