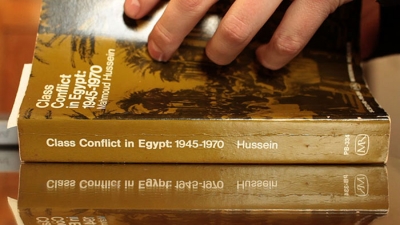 « A film in search of the traces of Egyptian civilian resistance against colonial and military oppression, from 1952 – 2012, filmed on location in Cairo, Port Said and the Sinai desert.  A script is discovered in a museum archive, for a controversial film made by the United Nations about the Suez crisis of 1956, which was banned and never screened. Intrigued by a possible connection to the present situation, the filmmaker travels to Egypt to uncover some truths about this document, and in the process reflects on the revolution of 2011 and the historical events that lead up to it. This film is, in its simplest terms, a topographic study of an archival text.  By this I intend to define a particular cinematic method that, in its desire to adapt a piece of writing, aims to discover the appropriate space that a text refers to.  And in doing so, this method works towards an understanding of the relationship of writing to filmmaking, of literary space to cinematic space.  In this sense the film will be a form of essay-film: the coming together of text and image. The method begins with an excavation in an archive that leads to the discovery of fragments of historically important material.  Then the task is to recreate the space from which these fragments materialised, in order that a better understanding of their history may take shape in the present.  In this manner the topographical method particular to cine-archival research can be called archaeological.  Archaeology is the coming together of space and time through the piecing together of fragments, much like cinema. » Louis Henderson