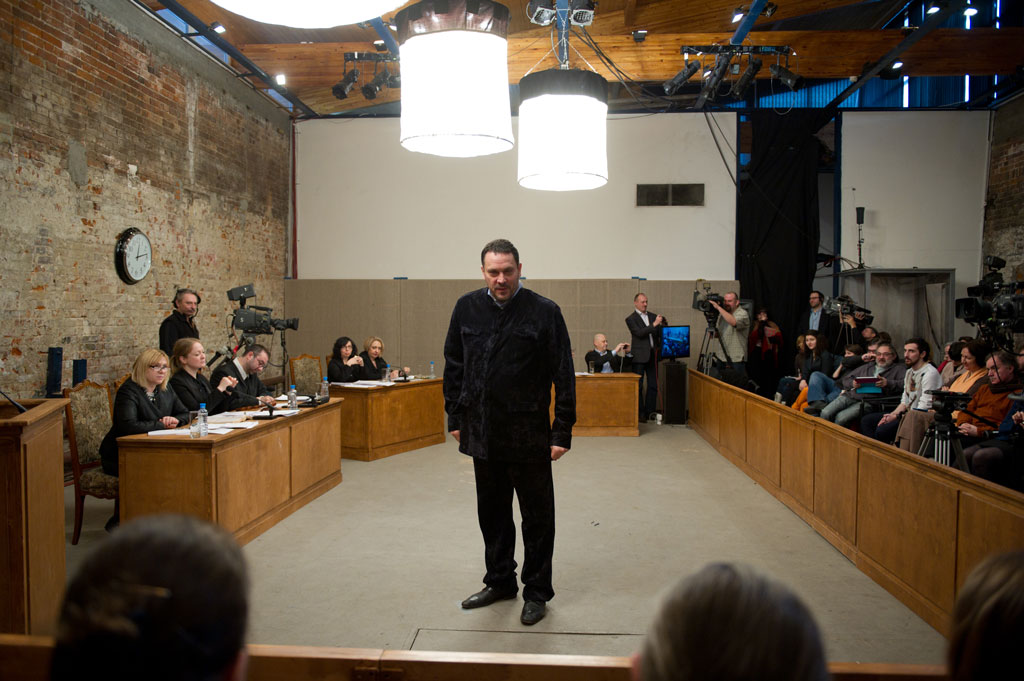 Are, curatorial organization based in Prague, is inviting a people is missing for a special format called « Live writing ». Live writing is a special format inviting its participants to directly react in written form to a series of films or moving images. The selection of films is curated by a people is missing. This event is open to the public and will be attended by invited Czech and international curators, critics, theorists, writers, philosophers, historians and artists. Selection of the resulting texts will be published in a book.

« For many years now, we’ve been witnessing a rather discouraging discourse depicting our times as “winter years”, as Félix Guattari puts it: a period of glaciation of potentialities. According to François Hartog, the dominating regime of historicity since 1989 was “presentism”, a temporal order of static historicity, characterised by the end of expected horizons. How can we set time back in motion, to liberate us from the presentism to which we seem compelled in Europe? This program features films that explore the role that chronopolitics and other modes of imagining the future and re-imagining the past have to play in creating social change. Summoning concepts from recent historiographical renewal, this live session event focuses on alternative temporalities put forward by artists, overlapping temporalities – a spectrality of memory and speculation – to rethink the staging of History (potential, speculative, retrospective, projective and retrocipative histories). These « heterochronic devices » address new politics of time, imagining a multi-temporal and non-presentist contemporaneity and finally, tend toward a « differential government of times », as it has been advocated by the philosopher Daniel Innerarity in his book, The future and Its Enemies (Stanford University Press, 2012). » Aliocha Imhoff & Kantuta Quirós

Live writing is organized in cooperation with UMPRUM in Prague.

Are in cooperation with cultural, educational and art institutions wants to develop a program of international events that are linked to current artistic projects. Are wants to reflect the area of so- called auxiliary disciplines for main exhibition program as a more autonomous zone. Are believes that this format will contribute to strengthening the coherence and continuity of international projects. Parallel Formats in its first phase is based on the Moving Image Department series of exhibitions in the National Gallery in Prague. Parallel Formats are organized in cooperation with the 4AM Forum for Architecture and Media, the EMPAC (Experimental Media and Performing Arts Center, Troy, NY), the Faculty of Fine Arts BUT in Brno, LUX London, the National Gallery in Prague, the Studio Hrdinů, the Ponrepo Cinema and the National Film Archive and the UMPRUM in Prague.
https://are-events.org/

Are’s projects and programmes are supported by the Prague City Hall, the Ministry of Culture and the State Cultural Fund of the Czech Republic, the French institute, the Goethe-Institut in Prague, the Embassy of the Republic of Slovenia and the US Embassy in Prague. Special thanks to the Hotel Emblem. Are’s projects and programmes are organized in cooperation with the 4AM Forum for Architecture and Media, the CCA Prague, the EMPAC (Experimental Media and Performing Arts Center, Troy, NY), the Faculty of Fine Arts BUT in Brno, the Goethe-Institute in Prague, LUX in London, the National Gallery in Prague, the Studio Hrdinů, the PLATO Ostrava, the Ponrepo Cinema and the National Film Archive, the Prague City Gallery, tranzidisplay and the UMPRUM in Prague.